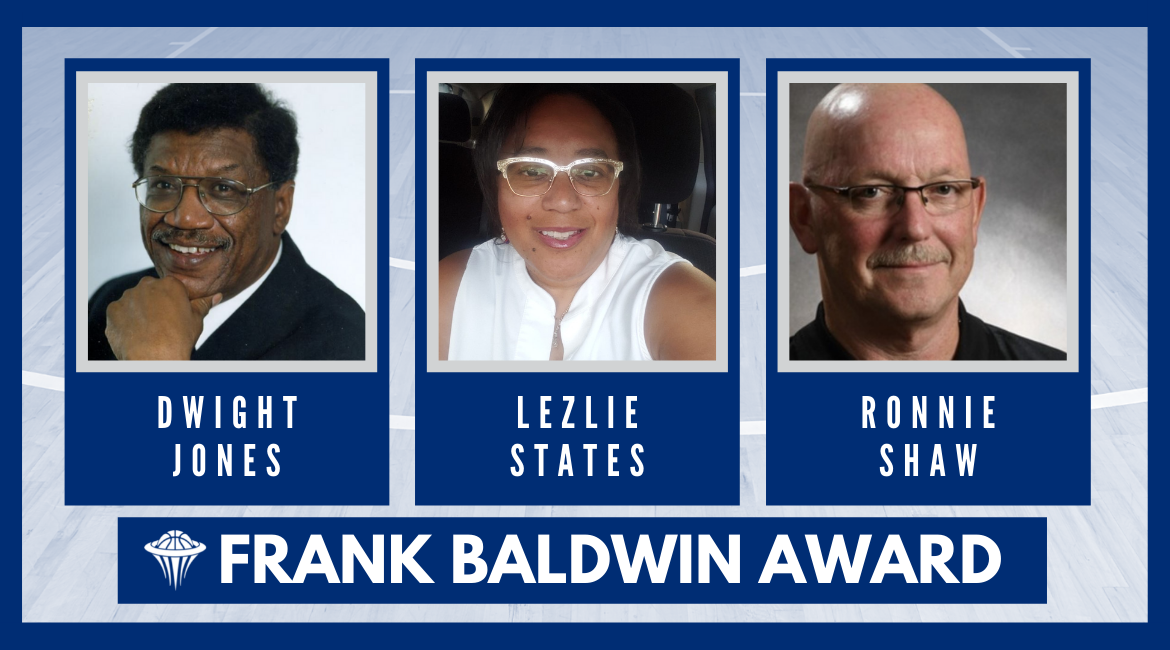 Halifax, NS – Basketball Nova Scotia is excited to announce the winners of the 2021 Frank Baldwin Award, and honour those who carry on Frank’s legacy in their commitment to building and bettering the game of basketball in Nova Scotia. With so many impacting the game on and off the court throughout the province, this year’s honours are bestowed on three individuals.

The late Dwight Jones was instrumental in the development and growth in popularity of basketball in the Amherst region through his efforts in the community and beyond. His efforts have been recognized with a Robb Complex field dedicated in his memory, ‘Dwight Jones Day’ celebrated August 9th, 2017, and now with the Frank Baldwin Award. Jones’ daughters, Kelsey Jones and Jessica Sarson, are accepting the award on his behalf.

“It is a privilege and an honour for our late father, Dwight Jones, to be the recipient of the Frank Baldwin Award,” they said. “We know our father would be humbled to join his fellow inductees in receiving this prestigious award. We truly hope his sense of community spirit and dedication can help inspire others to contribute to the game he loved so much.”

Lezlie States founded the Maritime Elite Girls Basketball Academy (MEGA) in 2009 with a mission to engage girls in the sport of basketball, social education, and personal development. States’ commitment to engaging African Nova Scotian girls athletes and coaches in sport and life has seen the MEGA program – and States herself – become a pillar of the Nova Scotian basketball community.

“I am truly honoured and blessed to have been nominated and selected as a recipient of the Frank Baldwin Award and to join the list of some of the best basketball masterminds in Nova Scotia,” States said. “Frank challenged me over 25 years ago to stay true to my vision to support and develop youth in basketball, especially young women, from both the African Nova Scotian and marginalized communities. I accept this award on behalf of all the youth who continue to believe in the power of sport.”

Ronnie Shaw has dedicated more than 40 years of his life to the coaching and development of boys and girls programs at the high school and university levels in Cape Breton. His name has become synonymous with the sport of basketball at Riverview High School and Cape Breton University, leading to honours including the Hugh A. Noble Distinguished Service Award from the NSSAF.

“It truly is an honour to receive this award, especially with the legendary Frank Baldwin’s name attached,” Shaw said. “Frank was both a friend and mentor, and to join the list of other such prominent Nova Scotia coaches who have received this award is truly humbling.”

Basketball Nova Scotia extends its thanks to all who were nominated or submitted a nomination for the 2021 Frank Baldwin Award. Your continued support of the Nova Scotian basketball community is what makes this award possible.

More information to follow regarding an in-person distribution of the Frank Baldwin Award to honour and celebrate this year’s winners.

Basketball Nova Scotia is a non-profit Provincial Sport Organization, and the collective voice of 30,000 athletes, guardians, coaches & officials with 85 member clubs across the province. Our mission is to lead, develop and promote positive basketball experiences at both the recreational and competitive levels throughout Nova Scotia.