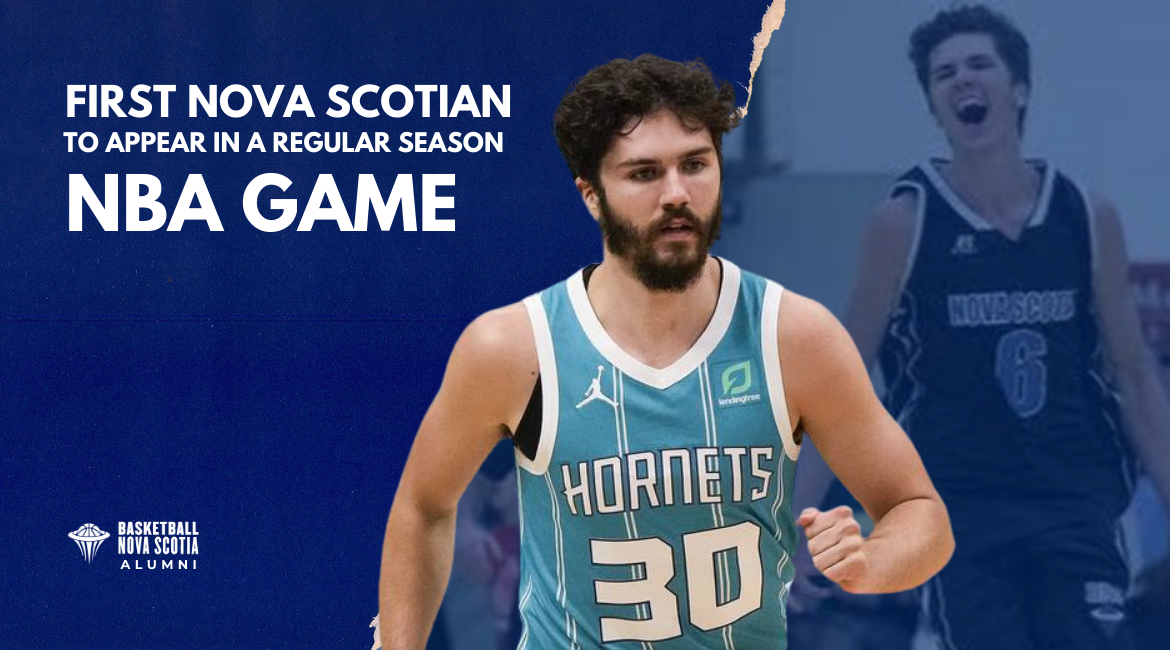 Bedford native Nate Darling made Canadian and Nova Scotia basketball history on Saturday March 13, 2021 as the first Nova Scotian to play in an NBA regular season game, suiting up for the Charlotte Hornets as they took on the Toronto Raptors.

The 22-year-old Darling, a shooting guard, played four minutes late in the game. He attempted one shot, missing a three-point attempt from 25 feet as the Hornets defeated the Raptors 114-104.

Darling holds a special place in the hearts of Nova Scotians as he helped the provincial team claim Gold at the 2015 U17 Canada Basketball National Championships in Halifax. He led all scorers with 50 points in the final against Ontario, winning 67-52.

Not only is he the first Nova Scotian, but he also made University of Delaware history as the first alum to play in a regular season game. During his one year with Delaware, he set a school record for three-pointers made with 107.

Nate is paving the pathway for basketball in Nova Scotia. Congratulations to Nate and the whole Darling family on this amazing accomplishment. Young Nova Scotian basketball players are proud to look up to you. Thank you for being a role model.