U10 Jamboree
presented by Eastlink 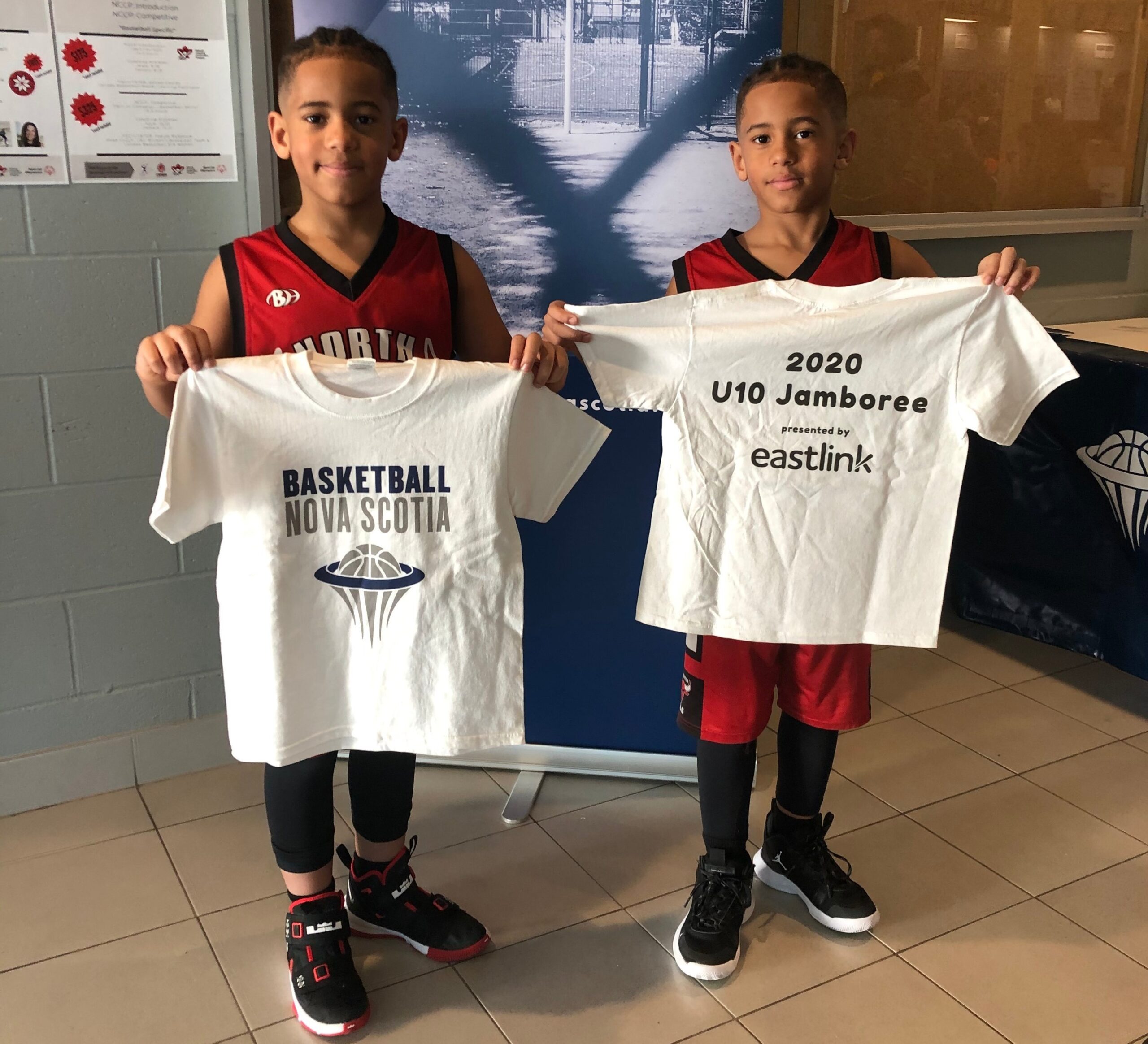 Skill Development in a
fun environment!

Registration for our program includes:

Guaranteed 3 games against teams with similar skill level from all around Nova Scotia.

We don’t keep score! All games are for fun and the enjoyment of the athletes and families!

U10 Jamboree presented by Eastlink is a FUN tournament for Basketball Nova Scotia club member athletes, 10 and under. Athletes get to compete against each other in a FUN focused environment!

Coaches will be asked to select their division based on how long their athletes have been playing and their skillset. If you aren’t sure where your team should fall, please reach out to us!

*The detailed schedule will be sent to teams 3 weeks prior to the tournament.*

Rules:10 3:20 minute run time shifts, with equal play required. A team must have used a minimum of six (6) players to complete an official game, four (4) of whom must be present to start the game. Six (6) players must be available by the fifth shift. In the event of a default due to a shortage of players within the BNS’s standards (six (6) players by the start of play in the fifth shift), the game shall still be officiated (MABO agreement). Half-time will be 2 minutes when and where possible. Half-time may be shortened if the game is running behind schedule.

Shot Clock: The shot clock in BNS games will be of 30 seconds duration. The referees will count manually if a shot clock is not available.

Back Court Possession: A team will be permitted to have possession of the ball in their back court for 10 seconds prior to crossing midcourt.

No Scores Displayed: Scores are not kept during any of the games. The focus is fun and development, and not competition.

Equal Play: In all levels of U10 Developmental Jamboree, no one player shall play more than a one shift difference than any other team mate.

Basket Height: The baskets shall be set so that the rim is at a height of 8 feet 6 inches.

No 3 Point Baskets: All successful attempts at a basket, with the exception of free throws, shall be awarded 2 points. There shall be no 3 point shots in U10 Jr. Mini Jamboree.

No Full Court Defense: After a made basket, or dead ball in the front court, the team now going on defense must retreat back to the 3 point line area in their own back court until the opposing team crosses half court. In the case where the court has no 3 point line, the top of the key area should be used.

Person to Person Defense: Defense must be person to person. Zone defenses of any kind are not permitted.

No Double Teaming: Double teaming is not permitted. Help defense is permitted but not in a sustained manner such as a trap. When an offensive player has beaten their defender, another defender may step in to help momentarily, but then must immediately return to guard their own offensive player or switch players to return to man to man.

Penalty for Illegal Defenses: If in the view of the referee there is intent to play a zone defense or double team, the following penalties shall be assessed:
• First offence – a warning will be given to the Coach
• Second & subsequent offences – one shot and possession of the ball at the point of interruption.

Age Requirements: The term “current season” shall be defined as the normal period of operation for the basketball season extending from September 1st August 31st. To be eligible to play in Under 10 Developmental, a player must not have reached the age of 10 prior to January 1st of the current season.

“Faith is taking the first step even when you don’t see the whole staircase.”

Dr. King would have celebrated 93 years on earth today. We can celebrate his life and legacy by carrying his work forward and creating the Beloved Community. Let’s educate, advocate and activate on his birthday and beyond. #MLK #MLKDay