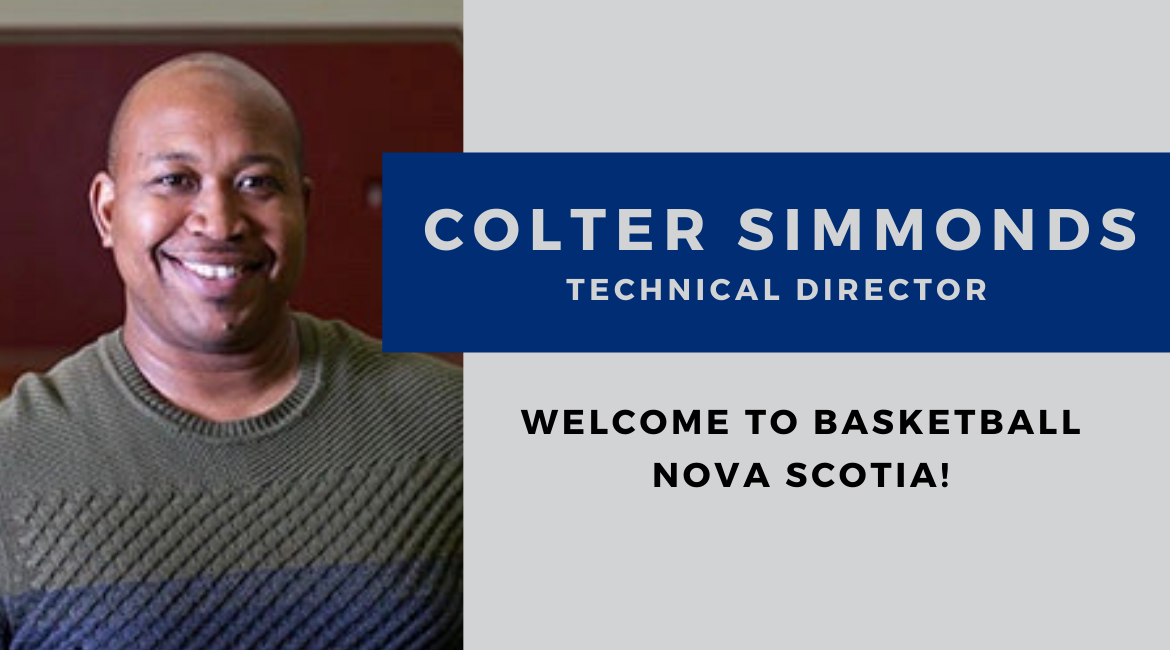 Join us in welcoming Colter Simmonds to Basketball Nova Scotia as our new Technical Director!

Colter is a long-time coach, mentor, and community leader. The founder of We Will Win Youth Association and CEO of OnDaRise Sports and Entertainment, he has been heavily involved in coaching around the province for many years.

From coordinating and directing camps and youth programs, Colter has an impressive coaching resume. He has directed camps for NBA and WNBA athletes, and coached at all levels in Nova Scotia, including NBL Canada. He has earned two Nova Scotia high school provincial championships and won a national gold medal as an assistant coach with Basketball Nova Scotia’s Provincial Team at Canada Basketball Nationals.

A graduate of Nova Scotia Community College, Colter is met with big smiles, hugs, and fist bumps by athletes in the basketball community wherever he goes. He represents North Preston and Nova Scotia with pride.